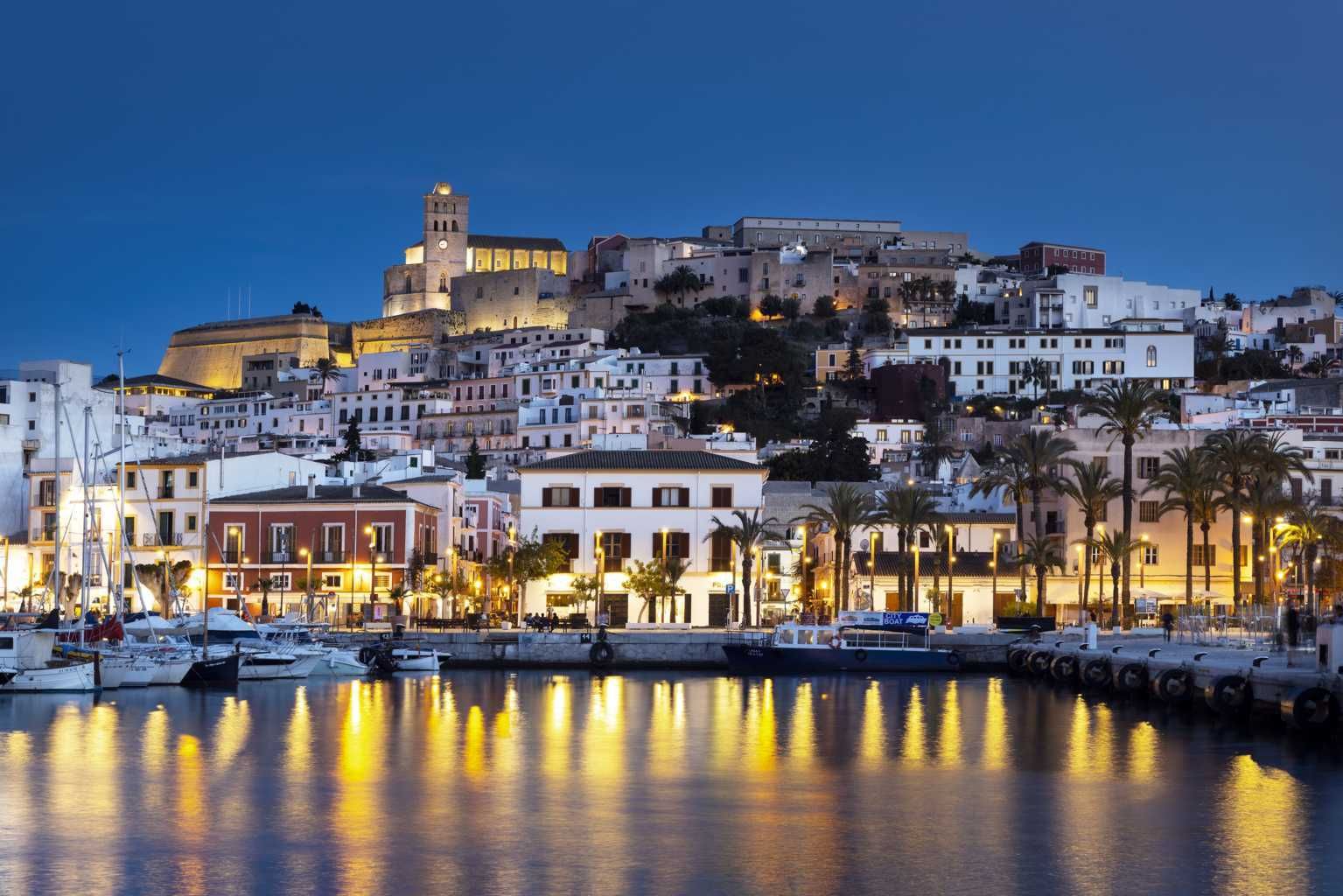 The old town of Dalt Vila is perched on a mountain adjacent to the sea. It was originally known as Ibosim and was built by the Phoenicians. It has been expanded by successive occupants and was once one of the Mediterranean’s most prominent coastal cities. There are surprises and incredible picture-perfect spots around every corner. It’s nearly impossible not to find something interesting in this melting pot of historical structures and walls. If you fancy whitewashed architecture, cobblestone-lined streets, and magical villages, then Dalt Vila is the perfect vacation place for you!

Things to do in Dalt Vila

There are a number of film screenings across Ibiza where movies and film classics were occasionally shown. Cinema Paradiso, Ibiza’s first outdoor cinema, is where you can watch critically acclaimed films in stunning settings beneath the sky. It provides breathtaking sites, such as the Bastion Baluarte de Sant Pere high up in Ibiza Town's castle walls. A large, comfortable bean bag is included in the fee, as well as a drink and popcorn. Because these events are quite popular, it is advised that you purchase your tickets in advance online.

All who walk into its small, cobblestone alleyways, stumble into all sorts of treasures from the various civilizations that have occupied this enchanting island. There are fantastic panoramic views of the city, the port, and the seagoing out as far as sister island Formentera from the battlements near the Cathedral of Nuestra Senora de las Nieves. There is also the 16th-century church of Santo Domingo’s red-tiled domes, with its neighbouring cloistered convent. Here, the Augustine nuns bake traditional Ibizan sweets and their famed red pepper 'coca'.

You will also see General Joaquin Vara de Rey, an Ibizan hero of the Cuban war, standing proudly in the centre of the street named after him.

If you enjoy museums, be sure to pay a visit to Museo Puig des Molins, which houses a number of archaeological exhibits from the Carthaginian era, including burial sites and even Roman items. It is a cultural treasure trove with a history spanning over 2,500 years. From every aspect, the crowded, creamy-coloured buildings and narrow passageways appear classic. Its distinctive Mediterranean architecture makes it a lovely setting for pictures, and it’s now a UNESCO World Heritage Site!

A trek up Dalt Vila definitely necessitates suitable, sturdy footwear as well as a decent camera to avoid missing out on the amazing photo opportunities.

There are many restaurants to choose from in Dalt Vila. The moonlight cools the town and produces a nice romantic mood after a day of touring. There are various areas to see the sky soften and even more places to dine as the evening approaches. The terrace of La Plaza restaurant on the Plaza de Vila is ideal for a romantic dinner. Further up the hill, you’ll find the Plaza del Sol square with panoramic views and the small bar and restaurant named S’Escalinata, where you can rest and dine on their cushions. This pleasant small restaurant is located just next to Dalt Vila's stairs. While staying, you may relax and unwind on a beanbag, or order a refreshing cold sangria and treat yourself with their delectable tapas. It is the perfect sunset spot since all the seating is directly on the steps of the old town.

Another crowd favourite is the rookie restaurant called La Imprenta. This recently launched restaurant is bringing a touch of Parisian style to the port area, pioneering daring concepts loaded with history and gourmet food on the Island. Dinner, beverages, and coffee are among the specialities of the place, which focuses on French and Spanish gastronomy. This place is one where scents and tastes play an important part, as well as inventive presentation and décor concepts both inside and out!

There are a number of gift stores, art galleries to explore here in Dalt Vila which surely will make you feel like you’ve been transported back in time. The diversity and uniqueness of the items available here make it an ideal shopping destination, as it serves as a genuine window display of trends that blend tradition, modernism, identity, and the avant-garde. Adlib fashion, native island jewellery, handcrafts, and apparel are all available in the shops. You may buy local crafts and one-of-a-kind art pieces to take home with you to remind you of Dalt Vila’s charm.